Blue House/2 Hearts on the Outside

In 2011 I was commissioned by LACMA to compose and perform an original composition to celebrate the opening of “In Wonderland: The Adventures of Women Surrealists in Mexico and the U.S.”   My songwriting partner David Batteau and I felt right at home in this exhibit. The first of the songs were premiered in the spring of 2012 at LACMA featuring The Eclipse String Quartet, Van Dyke Parks, Jon Beasley and Pete’ Korpela.

The following years found us building that spark of an idea into a play (written by Oliver Mayer). “Blue House/Hearts on the Outside” (working title).  With three actors and ten songs performed live onstage, this powerful theater piece is inspired by the frescos, canvasses and private journals of two of the most significant Mexican painters of the twentieth century: Frida Kahlo and Diego Rivera.  The songs explore the passion and process of two rare creative geniuses, framed by a fearless love affair charged with ideas of agony, betrayal and devotion….. a love letter to art itself.

To me, words alone seem like an anemic device to express the emotion of the moment. But when words and music collide with live human energy, the result is the foundation on which everything of life is built. At a time when art and music are marginalized in the education of youth, I am more than ever committed to educational outreach as I travel throughout the country. Exposing young audiences to the beauty of art, music and poetry through live theater may be our only hope.
–PB 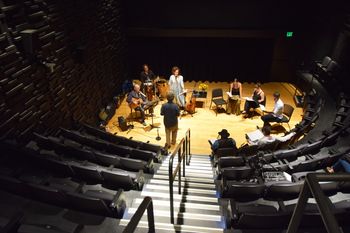 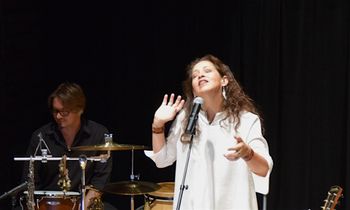 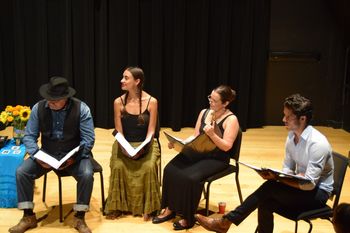 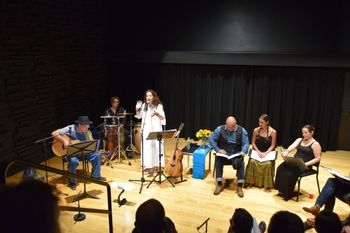 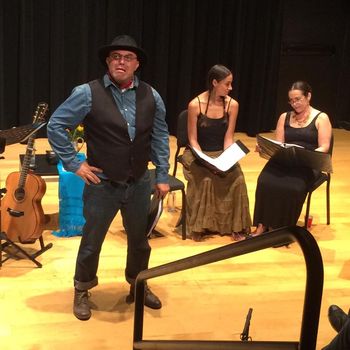 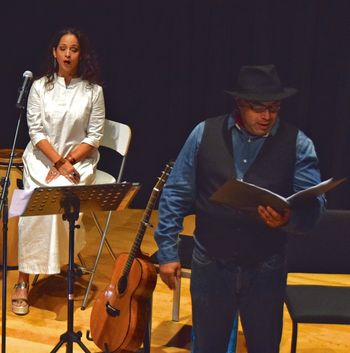 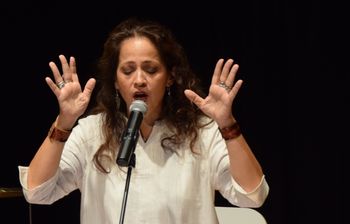 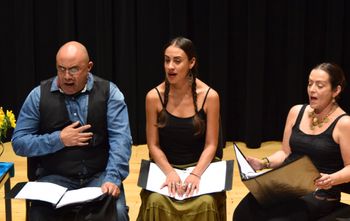 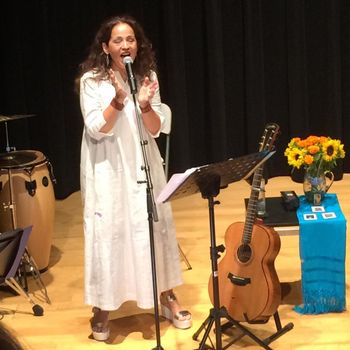 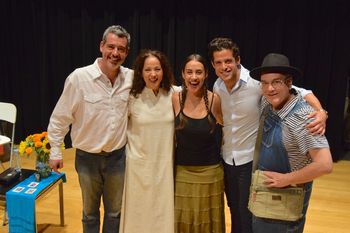 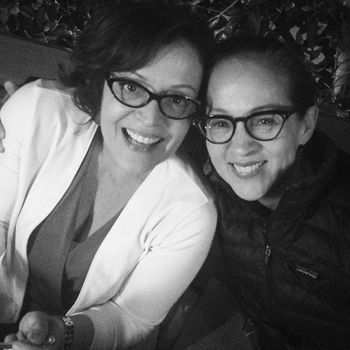 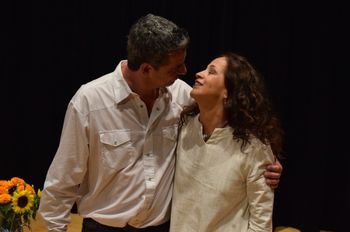 SYNOPSIS:
1954, Coyoacan, Mexico City. Frida and Diego have been married and divorced and married again. With her body giving out, but her spirit fierce as ever, Frida contemplates how to let go of the Blue House that houses her art and soul, and how to finally say goodbye to the man she despises and adores. In the play we meet two Fridas: MI FRIDA, the elder, wracked with illness yet possessing a wicked gallows humor and undying sexuality; and SU FRIDA, the younger, full of ambition and grand plans, a born seducer. As in the famous painting of the Two Fridas with their Heart on the Outside, they coexist without question, even to DIEGO, an aging serial womanizer who sees the girl he fell in love with and the woman who is dying slowly and painfully in front of him. On what may be the last day of her life, the Fridas and Diego must decide what will happen to the Blue House, its artistic contents, and the birds and monkeys who coexist with them, when she is gone. A play that freely moves between text and music in an alternative way, we get an intimate glimpse of life and love between two artistic titans: one who painted on a monumental scale, and one who looked within. Exploring body issues, disability, and the roots of feminism head-on, the Fridas in BLUE HOUSE are unrepentant, saucy, seductive and full of passion as they fight to bring meaning to their life in art -- and the affairs of their heart worn proudly on the outside.

PLAYWRIGHT'S STATEMENT:
Working with Perla is a dream over three decades in the making. Since seeing her sing on stage with Leonard Cohen in 1987, I have wanted to create something special with her. Her voice moves people. Perhaps I have been a little in love with her all these years, because I've kept a fire in my artistic heart for this moment. In July, Perla came to me with her exquisite songs, co-written with David Batteau, on the subject of the intimacies between Frida Kahlo and Diego Rivera, asking if I would create a play for her music. Feeling as much as thinking, I set about creating a plot that would set the songs like precious stones on a ring that would shine for all to see. I educated myself on the life of Frida and discovered a woman of great wit and audacity, so much so that I decided to created two Fridas alongside Diego in order to more fully tell her story.

Despite the glut of plays dealing with Frida, I'm positive that BLUE HOUSE breaks new ground; the interplay between text and song is unexpected, humorous, and sometimes excruciating, particularly as the drama ramps up and the choices must be made. Our creation is that special thing I always wanted to create with Perla, full of innovative twists and turns, letting the audience in on another side of Frida and Diego and the menagerie of monkeys and birds who co-existed with them in the Casa Azul. Using their letters and diaries as points of departure, BLUE HOUSE deals with legacy at the moment when Frida must decide what to do with the house she loves on what might possibly be her last day on earth, and how she must say goodbye to the man who was as much comrade as husband, and who simply could not deal with her death. Writing these people gave me a new sense of what the Mexican identity might mean -- especially in an age of Trump xenophobia and the dumbing-down and over-categorizing trends of our national zeitgeist -- and how Frida was a complex mix of blood, culture, temperament and sexuality, impossible to categorize.

Writing this play, I thought a great deal about Perla and myself, both of us proud of our Mexican blood but not limited to that identity, and how our art asserts our own being and possibly throws a lifeline to others like us who defy easy categorization. Frida is our patron saint, and BLUE HOUSE is our way of paying homage to her tremendous sacrifice, which gives us artistic life and breath. We envision a simple but impeccably designed production that points up the transformative aspects of the things in her house -- for example, the frame that becomes at times a window, a mirror, a bathtub and a kind of wormhole connecting space and time on stage. In the end the design and the plot become ways to better understand and interact with the gorgeous songs that Perla and David have written and performed. Dreams come true in BLUE HOUSE.

Full staged reading of Blue House - Two Hearts on the Outside